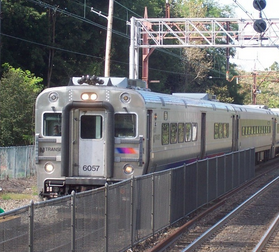 Negligence occurs when a person or persons fail to exercise reasonable care and maintain appropriate protocol in regard to an activity in which they are legally responsible.  A Sandyston, N.J. man sued the Newark, N.J. based NJ Transit company, claiming that he hit a large tree on the tracks while operating a NJ Transit train.   The conductor hit the tree going 40 miles per hour, resulting in injuries in his back, neck, right knee, and shoulder.

NJ Transit, as a company, was responsible for removing the tree from the premise, but neglected to do so.  Their negligence not only put their employees in danger, but also the passengers of the train.  The company’s failure to maintain the safety of their employees resulted in a $3.47 million lawsuit, which the suing conductor won.

Premises liability holds property owners and businesses responsible for accidents and any injury that occurs on their property.  While slip and fall is a common type of premises liability, there are many kinds of injuries that can take place, as exemplified in the case of NJ Transit.  All employers have a core responsibility to uphold and maintain company procedures and safety practices to ensure the safety and well being of their employees.  When those practices have been compromised and the business acts negligently, putting others in danger, a personal injury lawsuit can be filed.

If you’ve been injured on the property of another person or business in the state of New Jersey due to negligence and have a pending personal injury lawsuit, a lawsuit lender could be the answer to financial stability.  A lawsuit loan cash advance can be used to replace loss of income due to injuries, to pay medical bills, to keep up with the rent or mortgage, or to use on personal expenses.   Like in the case of the NJ Transit train conductor who was injured on the job, his sustained injuries most likely left him unable to work and without a steady income.  While he waited for his final settlement, litigation funding would have made it possible to maintain a normal financial life.

With an attorney diligently working your pending negligence case, all New Jersey residents qualify for a cash infusion in the form of a lawsuit loan.   Lawsuit funding through a reputable lawsuit lender is a sensible alternate solution to quickly settling with an insurance company and being compensated less than the worth of your case.  If you are a resident of New Jersey searching for a lawsuit lender to provide pre-settlement funding, you should consider Interstate Lawsuit funding for your litigation funding needs.  All lawsuit loans through Interstate Lawsuit Funding are considered non-recourse, which means the client is not obligated to pay back to loan, unless their attorney wins the case. No proof of income or credit check is required to get started, so there is absolutely no risk to the client.  Interstate Lawsuit Funding’s decision to provide lawsuit funding is based solely upon the merit of the case.

Intestate Lawsuit Funding, a reputable lawsuit lender and a leader in litigation funding provides personalized pre-settlement funding and immediate decision lawsuit loans for personal injury. All New Jersey residents are eligible for litigation funding and the application process is fast, approval time is quick, and cash of up to $5,000 is available immediately.

Distracted driving has been associated with approximately 1.4 million car accidents over 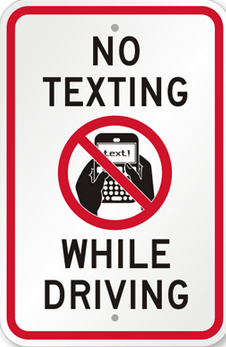 An accident resulting from texting and driving is an act of NEGLIGENCE. If you’ve been injured, you have the right to receive a cash advance against your settlement. It takes only 30 seconds to apply. Click Here Now.

the past 10 years in the state of New Jersey, according to the state’s Acting Attorney General John J. Hoffman.  Between the years of 2004 and 2013, over 1,600 people died in car crashes where driver inattention played a key role.  Unfortunately, the issue of distracted driving seems to be getting worse throughout the state.

Negligence is a primary cause of car crashes in New Jersey and grounds to file a personal injury lawsuit.  New Jersey’s Acting Attorney General pointed out that while fatal car crashes and auto accidents are on a decline in the state, the number of those accidents being attributed to distracted driving continues to rise.  In the year 2004, car crashes as a result of an inattentive driver was ranked at 42%, reaching a high at 53% in 2013.

To crack down on negligent driving, the National Highway of Traffic Safety Administration created the “U Drive. U Text. U Pay.” campaign, a three week-long movement, that was in effect until April 21, which penalized and summoned drivers using cell phones while operating a motor vehicle. Cell phone use while driving is a huge factor in fatal accidents seen across the state.  Not only does distracted driving affect the driver of the vehicle, but also the passengers and occupants in surrounding vehicles.  According to NJ.com, a study conducted by Plymouth Rock Management Group of New Jersey revealed, “Though 9 out of 10 people presumed it was against the law to text and drive in the Garden state, 3 in 10 admitted to sending and/or reading text messages while driving.”   Currently, drivers in New Jersey who are cited for using a cell phone while driving are penalized with a $100 fine.  In July 2014, that fine will increase to a minimum of between $200 and $400 for the first time offense, and between $400 and $600 for the second.

Loss of Income Due To Injuries

If you’ve been in an accident in the state of New Jersey due to the negligence and inattentive driving of someone else, a personal injury lawsuit can be filed.  During the ligation process, a lawsuit lender may be something to consider.  While injuries are usually sustained from a car accident, the degree of injury varies per accident.  Depending on the severity of the injury, going to work may not be an option.  The most practical thing to do in this case is to consider a lawsuit loan cash advance to supplement the possible loss of income you may endure.

With an attorney, New Jersey residents can win the money they deserve for lost compensation, medical bills, hospital bills, and living expenses.  Settling with the insurance company is the easy thing to do, but most plaintiffs are not compensated the entire worth of their case.  Instead, a cash infusion in the form of a lawsuit loan would better suit the injured.  This immediate decision pre-settlement funding can give the plaintiff financial security while their attorney diligently works to win the case.

If you are a resident of New Jersey searching for a lawsuit lender to provide pre-settlement funding, you should consider Interstate Lawsuit funding for your cash advance needs. All lawsuit loans through Interstate Lawsuit Funding are considered non-recourse, which means the client is not obligated to pay back to loan, unless their attorney wins the personal injury case. No proof of income or credit check is required to get started, so there is absolutely no risk to you.  Our decision to provide litigation funding is based solely upon the merit of your case.