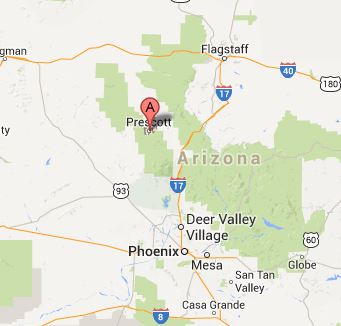 Get a loan in advance of your lawsuit settlement.

A wildfire in Yarnell, Arizona, ignited by lightning, is now listed as the sixth deadliest American firefighter disaster and the deadliest wildfire ever in the state of Arizona. Now, nearly six months after the disastrous fire, The City of Prescott is continuing to receive claims regarding the Yarnell Hill Fire, where over 100 homes were lost and 19 firefighters with the Prescott Fire Department’s Granite Mountain Hotshots were killed.  So far, 91 claims were received from Yarnell residents and 17 claims from Granite Mountain Hotshot family members accusing state and local officials of failure to provide adequate equipment to the firefighters involved, ignoring fundamental firefighting procedures, and negligence to oversee the fire.

As explained by one personal injury lawyer in Phoenix, Arizona law allows an individual 180 days to file a Notice of Claim, which is not a lawsuit, but a notice to parties being sued that if action is not taken, a lawsuit will be filed against that public entity or employee.  A lawsuit must be filed within one year of the date of loss.  One mother of a 21-year-old firefighter who died in the fire has filed a claim for $36 million accusing officials of negligence.

In this case, the residents of Yarnell who lost their homes and the families of the City of Prescott firefighters who died during the fire could be eligible for lawsuit funding with a lawsuit cash advance if they decide to hire an attorney to take on their personal injury case.  Most of these distressed residents and family members would be willing to settle out of court, however they would not receive the full monetary compensation they deserve for their losses.  Instead of settling, litigation funding for a personal injury claim could help ease the financial burden while the case goes through litigation.  While the plaintiff’s attorney works to win against local and state officials, pre-settlement funding could be used to pay household bills, medical expenses, rent, or mortgage.

With Interstate Lawsuit Funding, all loans are considered non-recourse, which means if your attorney does not win your case, you are not responsible for repaying the lawsuit loan. The highly trained loan professionals at Interstate Lawsuit Funding have years of experience working with residents in the state of Arizona, getting plaintiffs the quick decision lawsuit loan cash advances they need while in the beginning, middle, or ending stages of litigation.  Interstate Lawsuit Funding’s decision to provide litigation funding is quick, easy, and precise and the funding process is fast, made on the best terms for residents of the City of Prescott, Yarnell, and the surrounding area.  Funding is available for the following personal injury cases: Burn Injury, Construction, Class Action, Animal Attack, Wrongful Death, and more (Types of Cases We Fund).

If you are a resident of Arizona, have a pending personal injury settlement, and need quick immediate lawsuit funding, cash in the amount of $1,000, $2,000, or even $5,000 is available through a lawsuit loan cash advance with Interstate Lawsuit Funding.  To receive immediate decision pre-settlement funding, start by filling out the 30-second online application